John was elected to the State Senate in April of 2021 after being elected to five terms in the State Assembly.  John and his wife Heidi have three children and have lived in Watertown for over thirty years.  Prior to being elected to the legislature in 2011, John worked as Communications Director for then-Assembly Speaker Jeff Fitzgerald.  Before that, John had an award winning 20 year radio career, the last 15 at Newsradio 620 WTMJ in Milwaukee.  John hosted Wisconsin’s Morning News, the most listened to morning radio show in Wisconsin.  John is the owner of Jagler Communications, a consulting firm that specializes in website design, social media planning, advertising and public relations.  The entire family is involved in an all natural dog treat business run by his daughter Grace, an inspirational young woman who has Down syndrome.

About John and his family 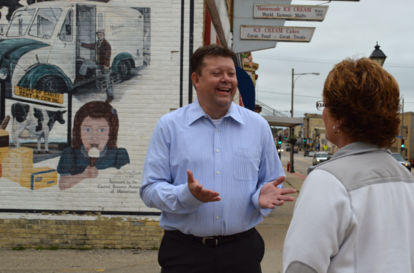